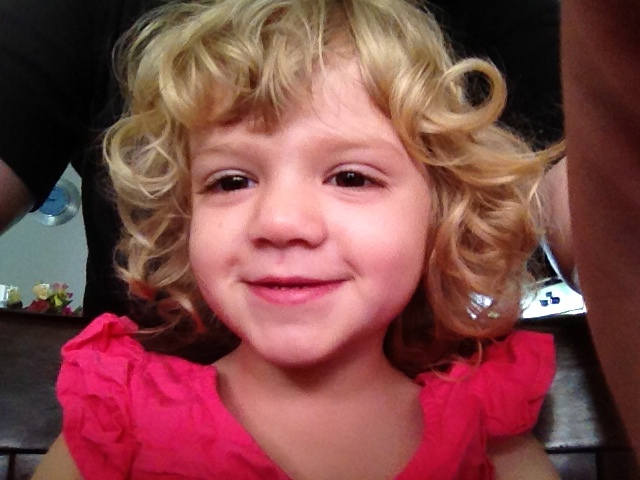 Kids have the innate ability to surprise you every single day.  We’ve been in Germany for about 4 months and have worked very hard to acclimate to the culture and area we live in, including starting to learn the language.  Today’s surprise came in the form of one simple word,  “Danke.” Madelyn said this  to a total stranger…at the correct time, unprompted, to a GERMAN.  He held open the door for the three of us as we walked into Madelyn’s 3 year old check-up at a German doctor’s office.  I was totally speechless.

Since she is starting German Kindergarten in a few weeks, I thought it would be a good idea to work with her on at least the basics.  I need to learn them, too, so it was something we could do together.  We started with the ‘courtesies’ – Hallo, Guten Tag, Auf Wiedersehen, Tschuss, Bitte, and Danke.  Then we moved onto the numbers.  We can now all count to 10 in German 🙂  We try to use the German courtesies at the house when we think of it, and we have her use them out in public when appropriate.   But we always have to prompt her with, “Say ‘Danke'” or “Say ‘Hallo.'”   Today was the first time she spoke German, to a German, unscripted and on her own.  I think what astounded me the most was she knew to say ‘Danke’ instead of ‘Thank you.’  I don’t know how she knew, but she knew!  And that amazes me. 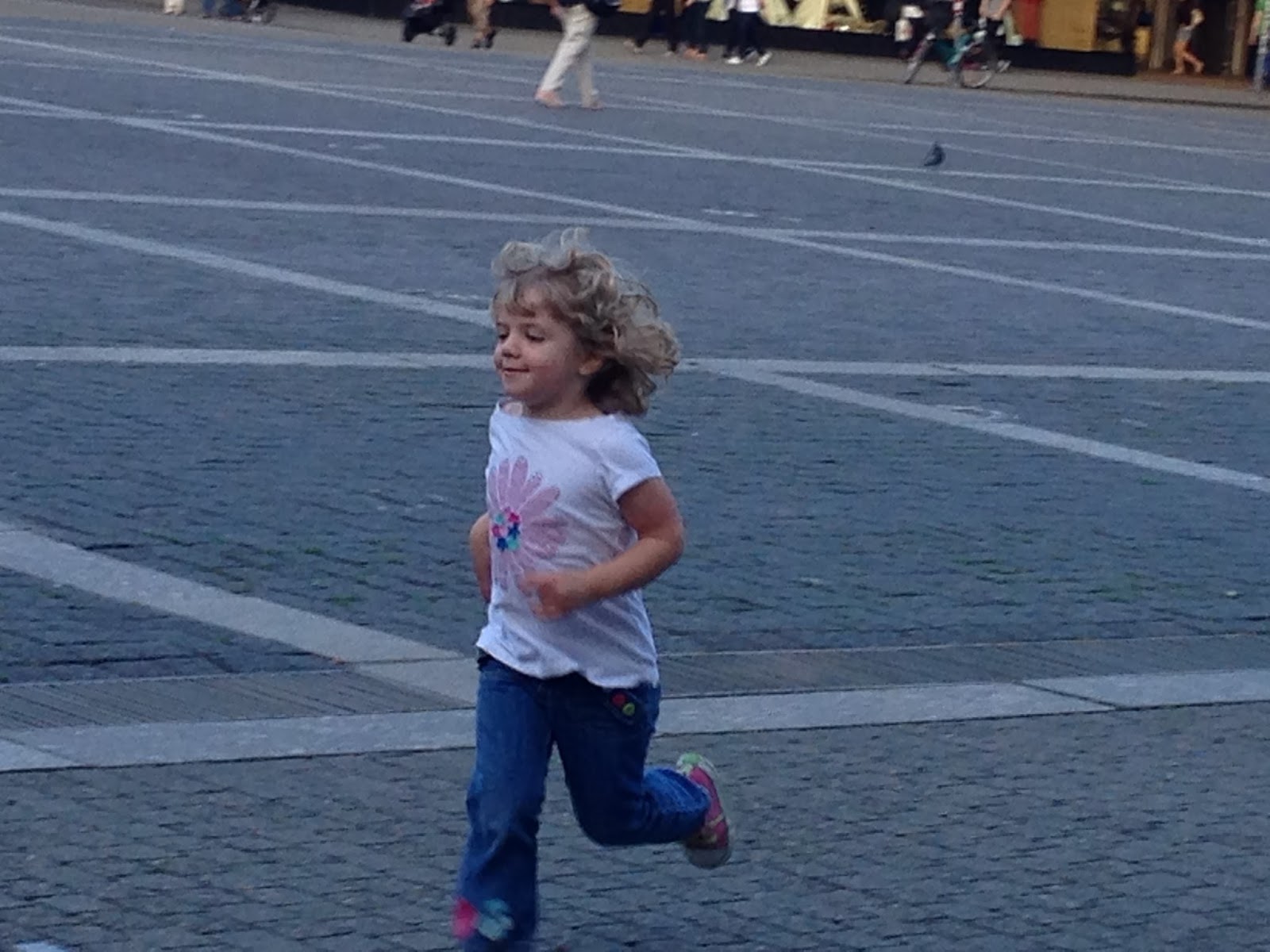 I really want to at least be conversational in German, so Madelyn and I have been listening to Pimsleur’s German Course 1 as we drive from place to place.  The first day we listened to it, she started counting in German, even though that wasn’t what was on the cd.  I didn’t pay attention to what she was saying at first since I was listening to the cd. I just heard her talking in the back seat.  Once I realized she was counting in German, I turned the cd down and just listened to her.  It made me wonder ‘What made her count using German numbers and not English numbers?’  It is like she recognized that she did not know what the speaker was saying, but knew that she was supposed to say something, so she said what she did know in that language.  All I could say was ‘Good job!’ because I was in awe of my 3 year old. 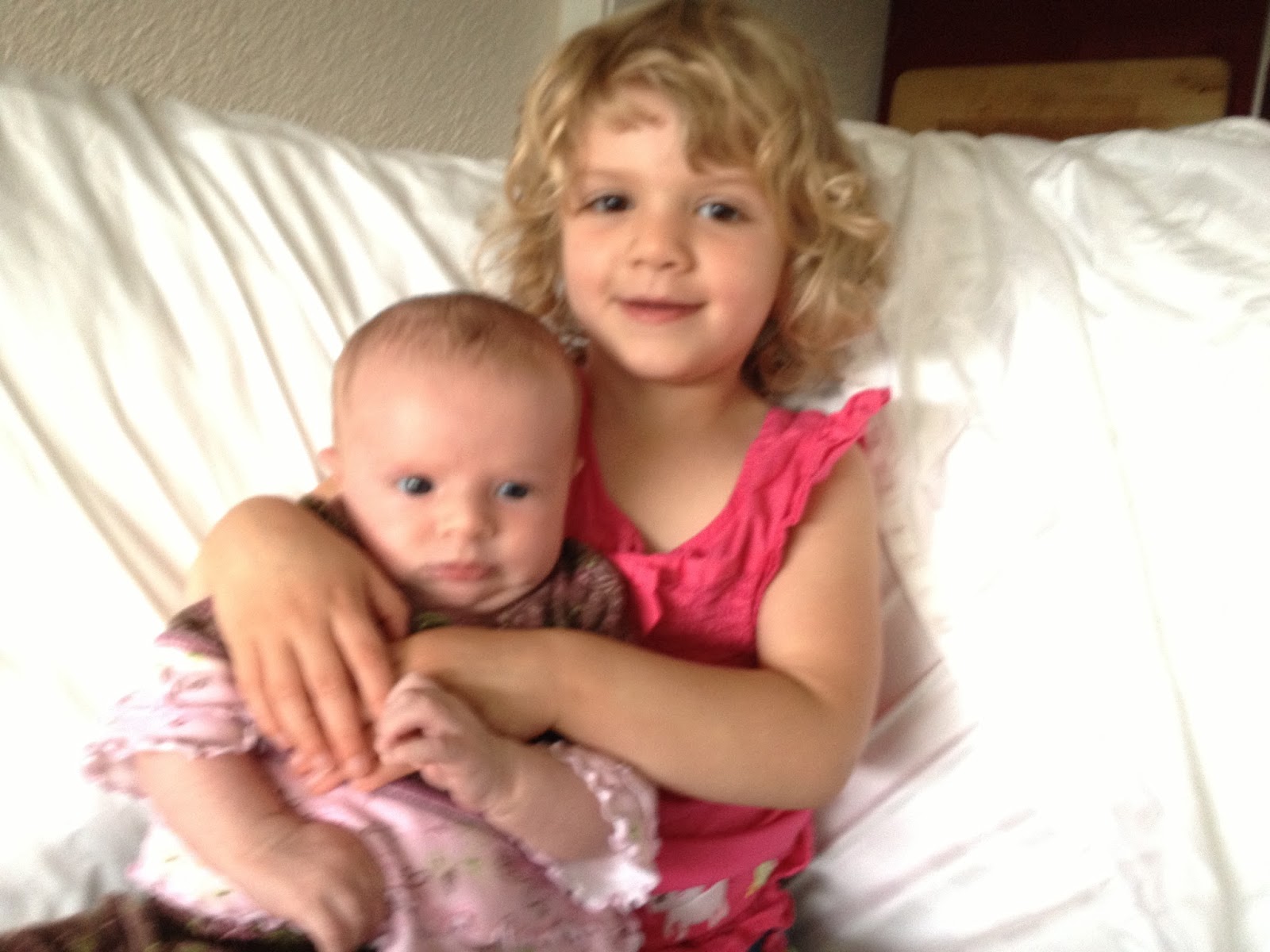 As someone who doesn’t really have ‘other language’ experience, I don’t really know what it is like to ‘learn’ another language.  I kinda feel like my three years of middle school French doesn’t really count (sorry Madame LePham) or my 2 years of Latin, (who REALLY needs a dead language besides doctors and lawyers) in terms of ‘learning’ a language and being able to converse in it. Being a teacher, I know the ‘teacher side’ of how learning a language develops, but I don’t have the personal ‘experience’ to know what it is like develop fluency in another language.   I’m excited that my daughter (and hopefully daughters) will have that opportunity and I can be right there with them as we learn together. 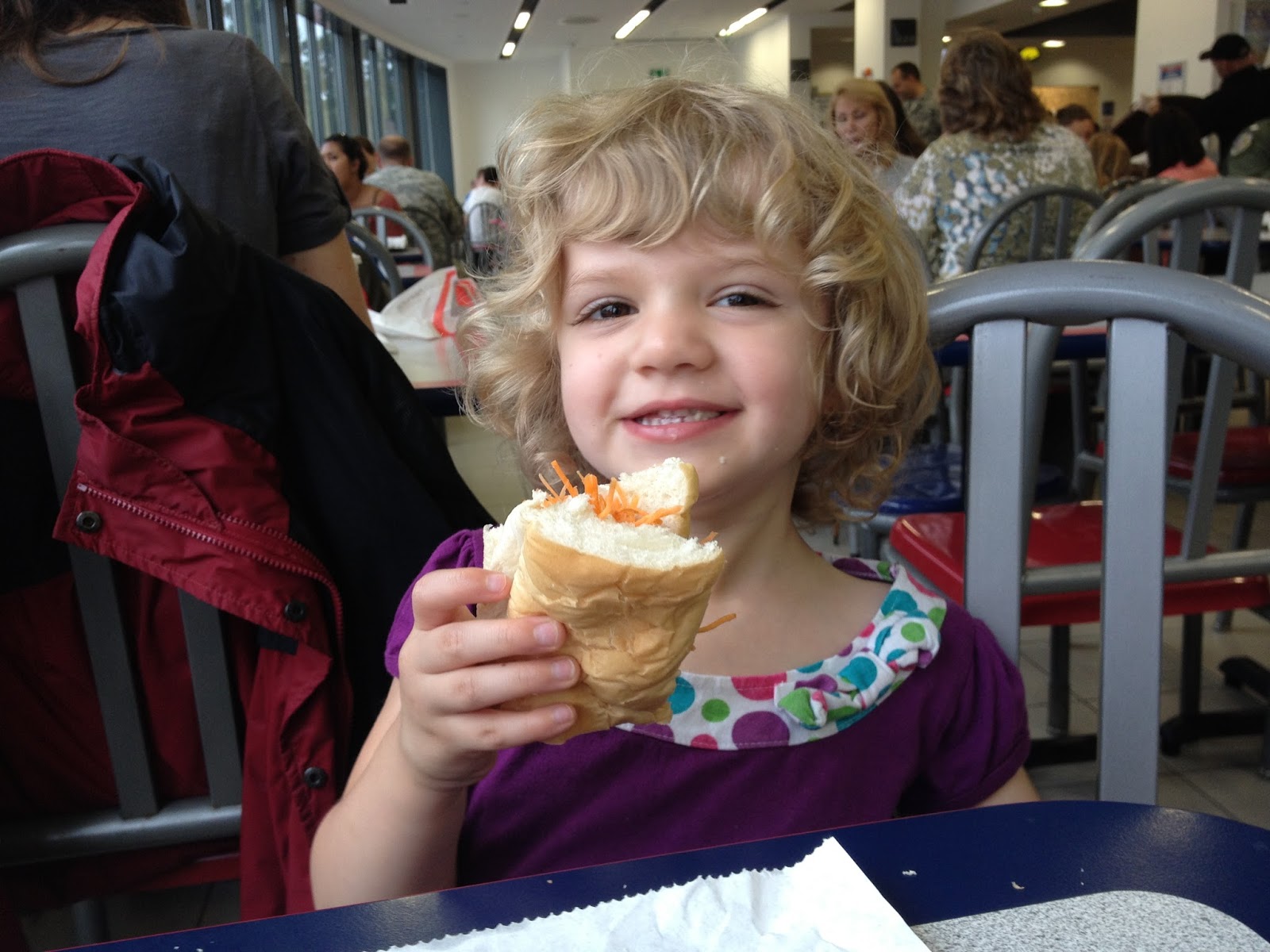 The cds right now are our place to start. Plus, it is super cute to hear Madelyn repeat what the speaker says: “Wo (Vo) ist das restaurant?” (Where is the restaurant?)  However,  it’s not quite as cute to hear her repeat  “Mochen Sie ein Bier trinken?” (Would you like to drink a beer?) over and over as the cd required at one point.  As long as she says ‘Nein, Danke’, we are all good 😉