I’ll have to admit – The idea of living in a hotel with 2 other people kinda makes my skin crawl.  We usually spend about 10 days a year in a hotel when we travel to Virginia for Christmas and they aren’t ‘too bad,’ but not ‘enjoyable’ either.   The week before we left for Stuttgart we lived in a hotel and that was probably more stress inducing than anything because we went from about 1600 square feet of living space to about 150, and no kitchen.  We had to eat out every night and the routine we had built for ourselves was gone. 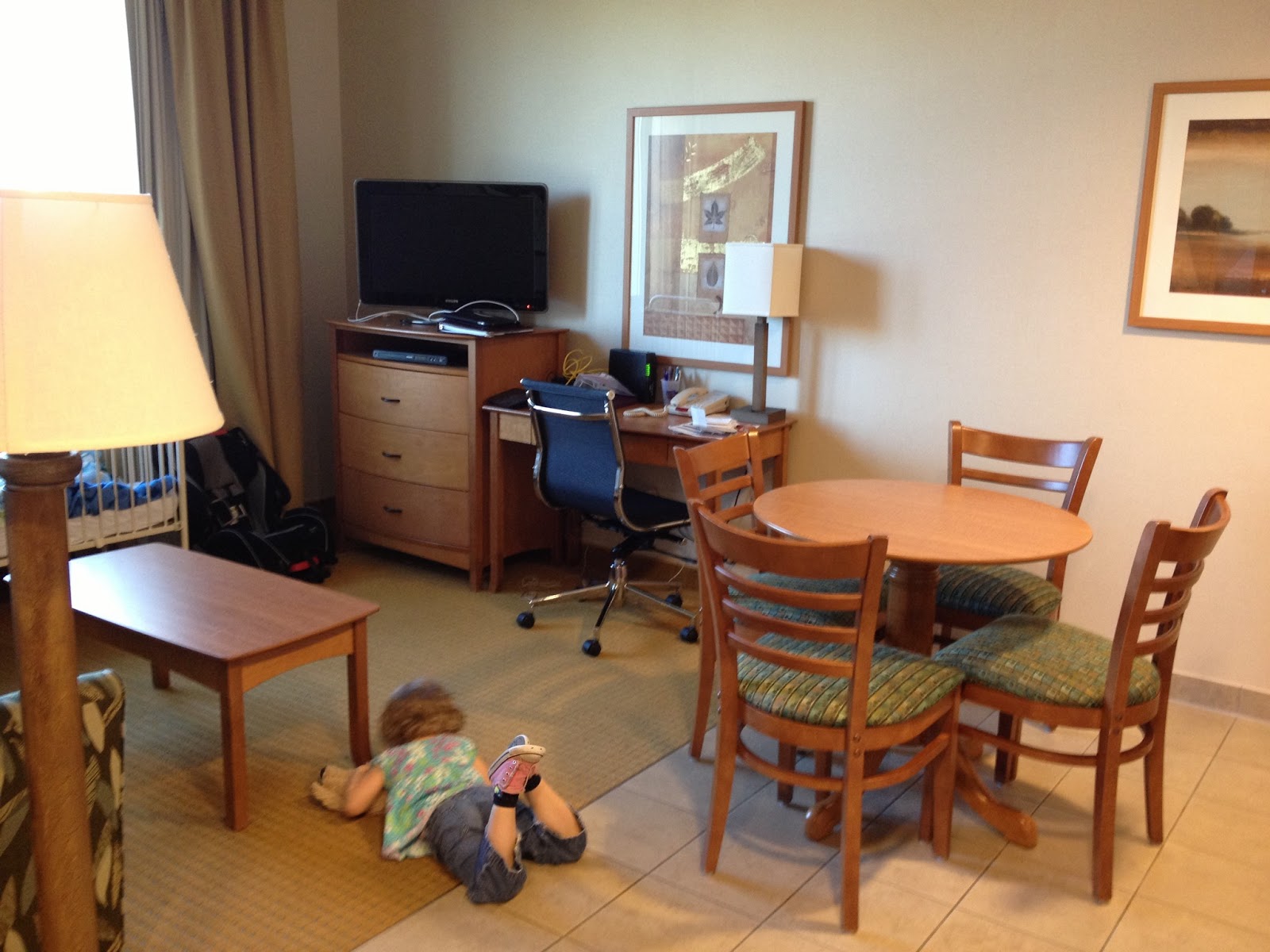 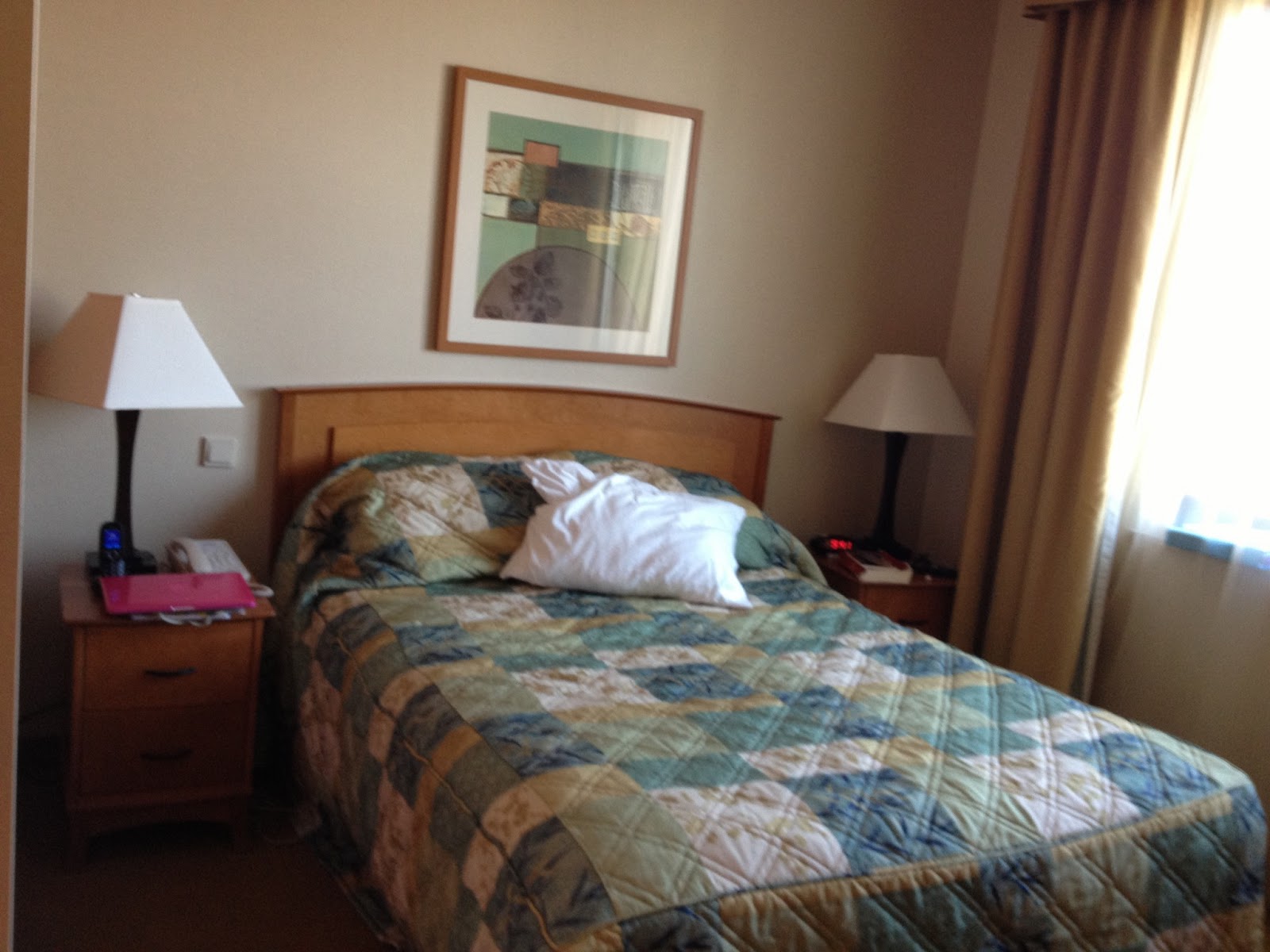 We looked at the hotel in Germany, briefly, that we would be staying at on base until permanent housing could be found.  The hotel is used to individuals and families coming in for longer stays and has set themselves up to accomodate as much as possible.  We saw that there were ‘family suites’ that have a living room and kitchenette as well as a separate bedroom.  We were hoping that we could get one of those since we would be here for about a month. 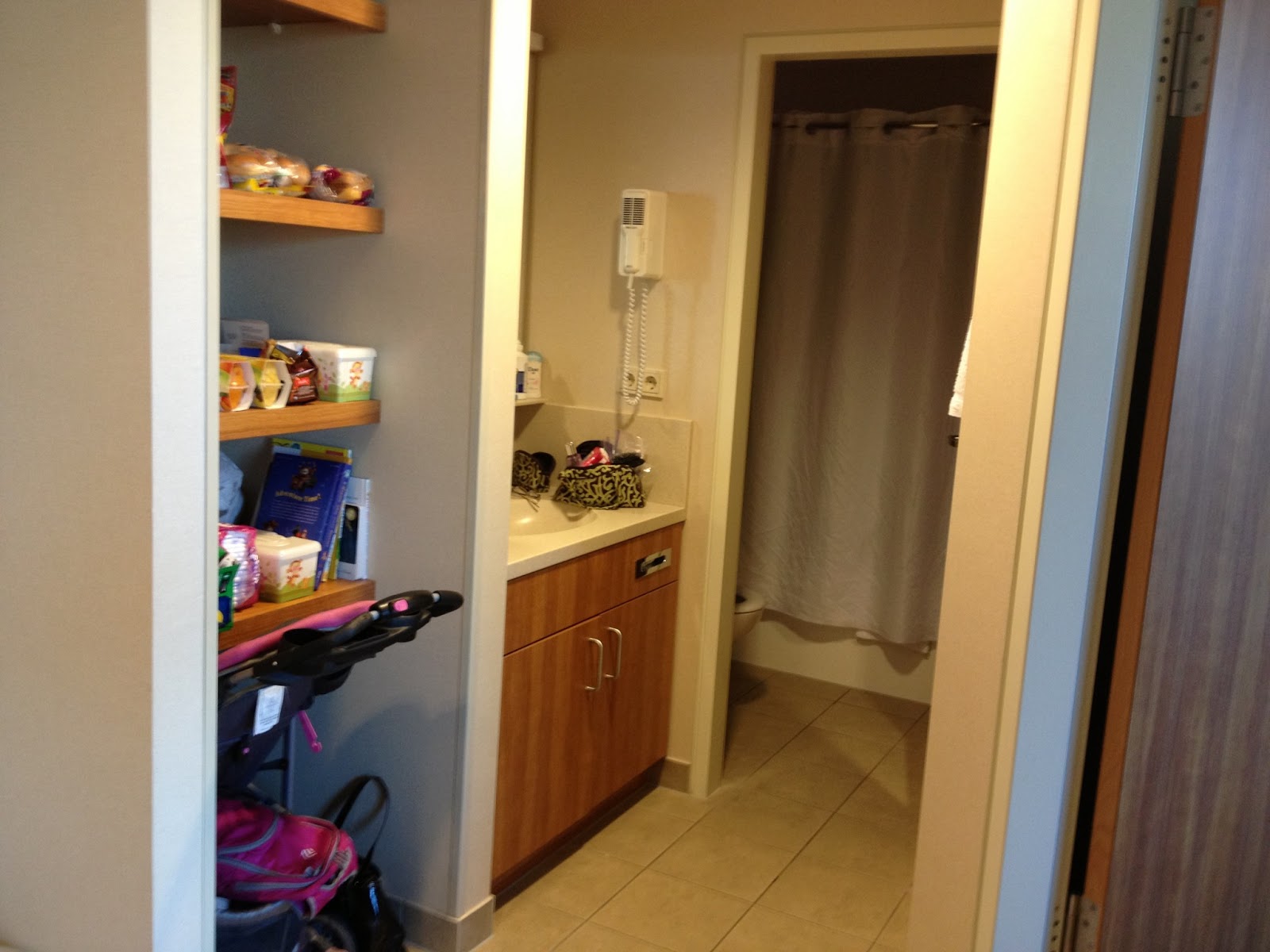 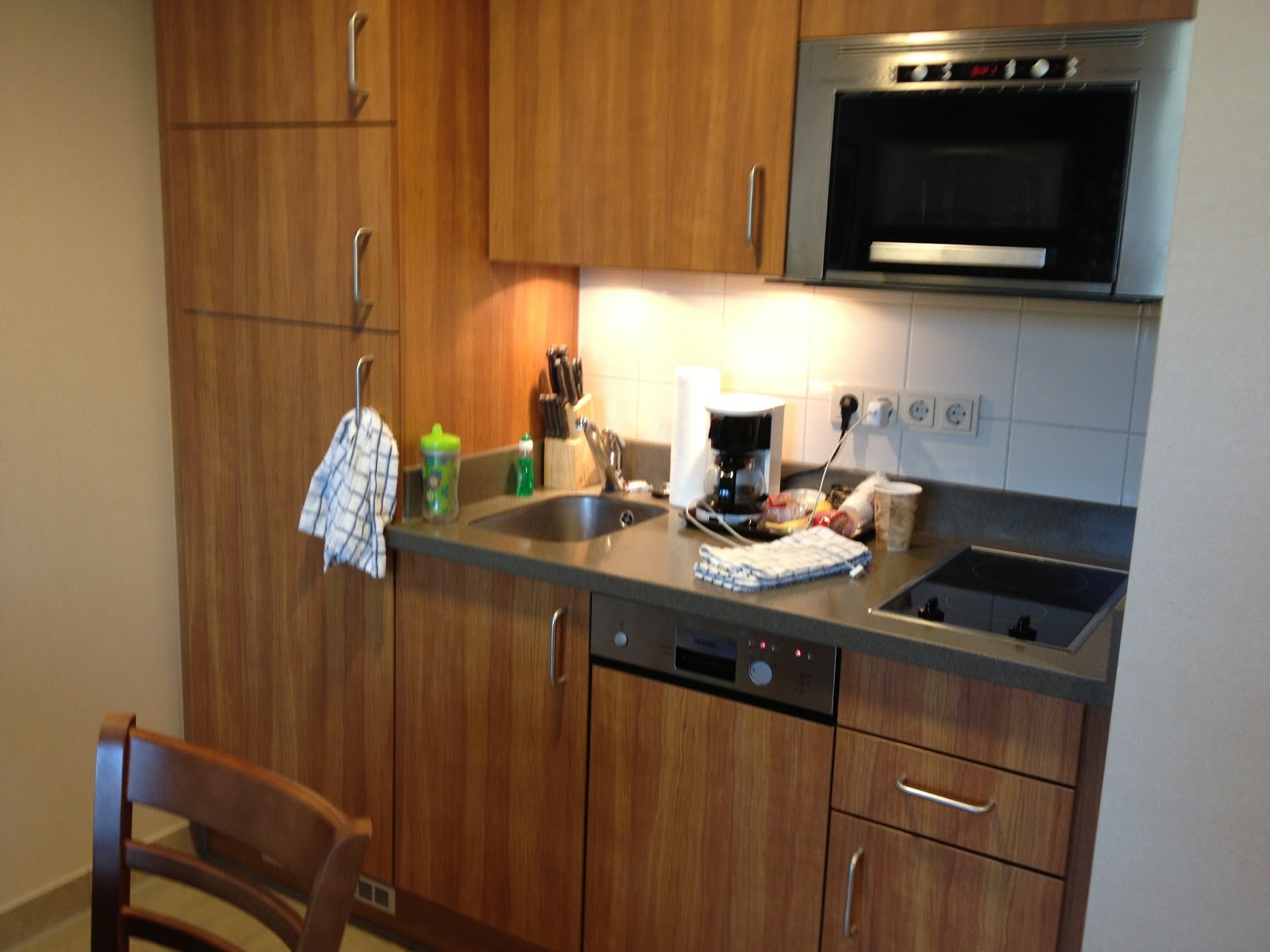 Fortunately for us, the hotel is busy, but not packed.  We were able to get one of the family suites and this has made ‘hotel living’ MUCH more bearable!  Madelyn is one of those kids that has to have it completely dark in order to sleep – naptime and bedtime – so, in a regular hotel room, we either have to go to bed at the same time as Madelyn and turn the lights out (with no tv) or one of us stays with Madelyn and the other goes out for a bit.  Luckily, the hotel has black-out curtains that helps her get to sleep, even for nap! 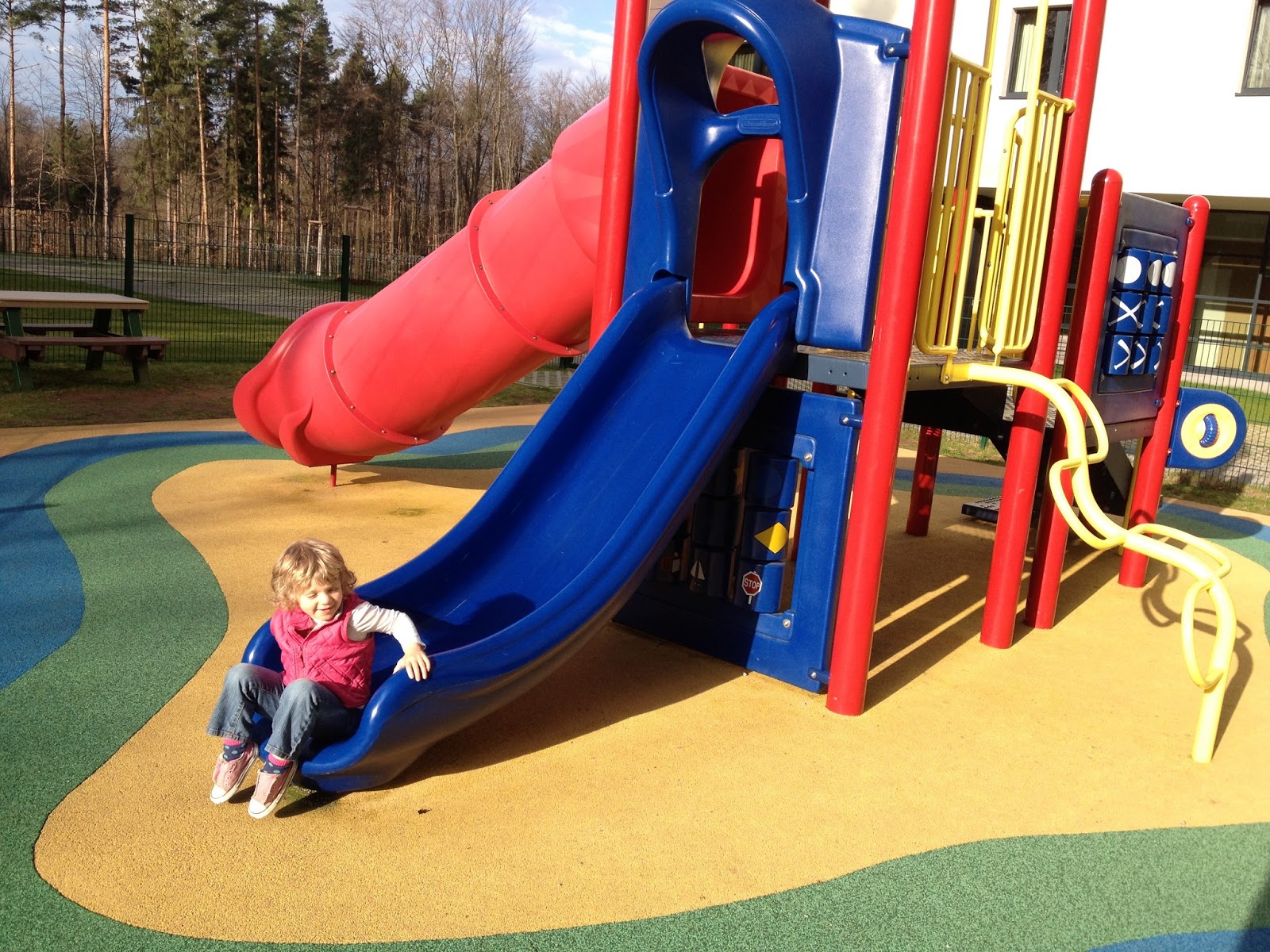 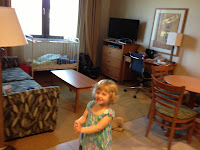 We have been able to keep most of our ‘routine’ which has also been nice.  We all get up together around 6AM and get ready for work, in Jon’s case, or breakfast, in Madelyn and I’s case.  We head down together to the lobby for breakfast and Jon goes to work. 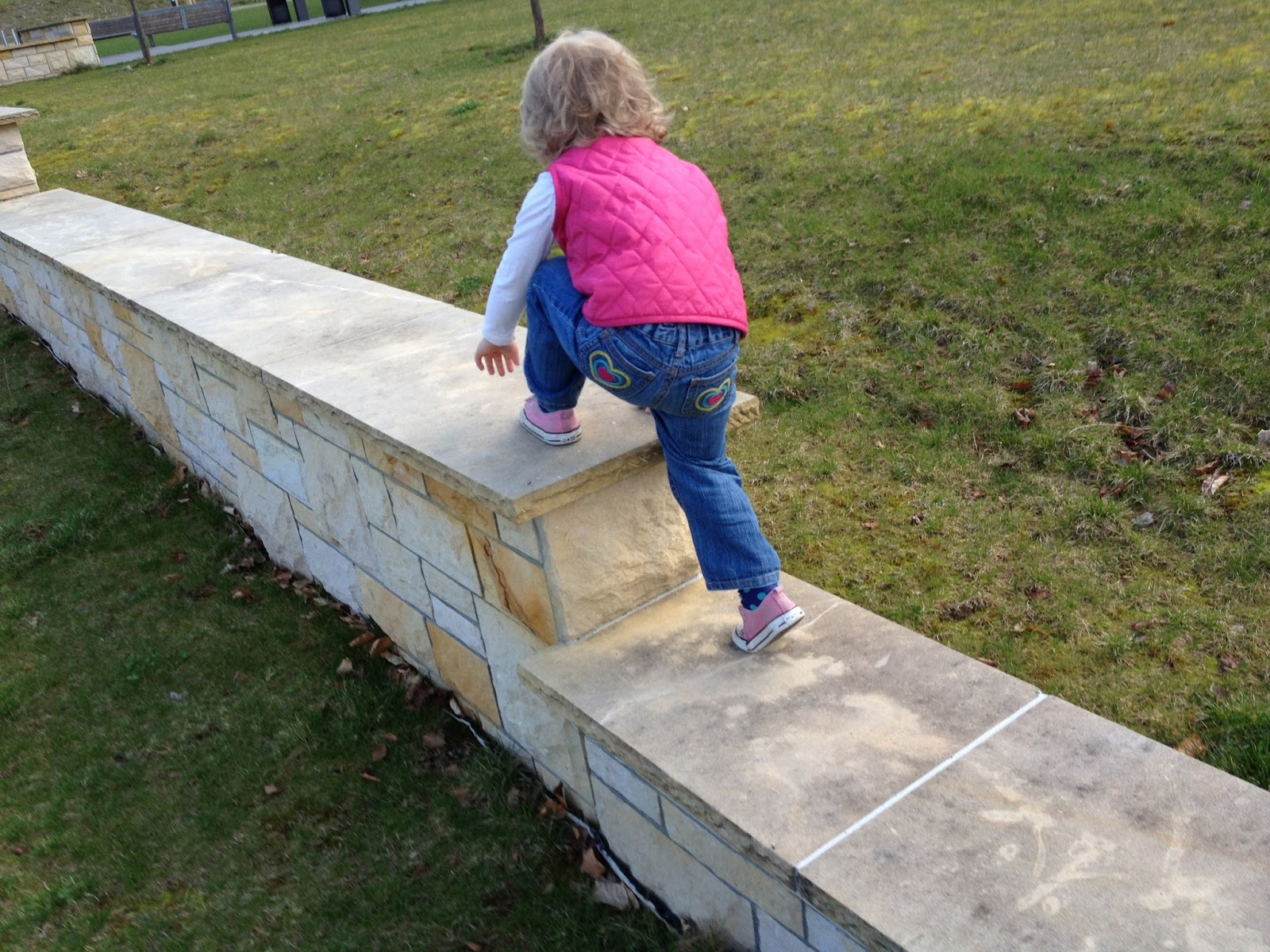 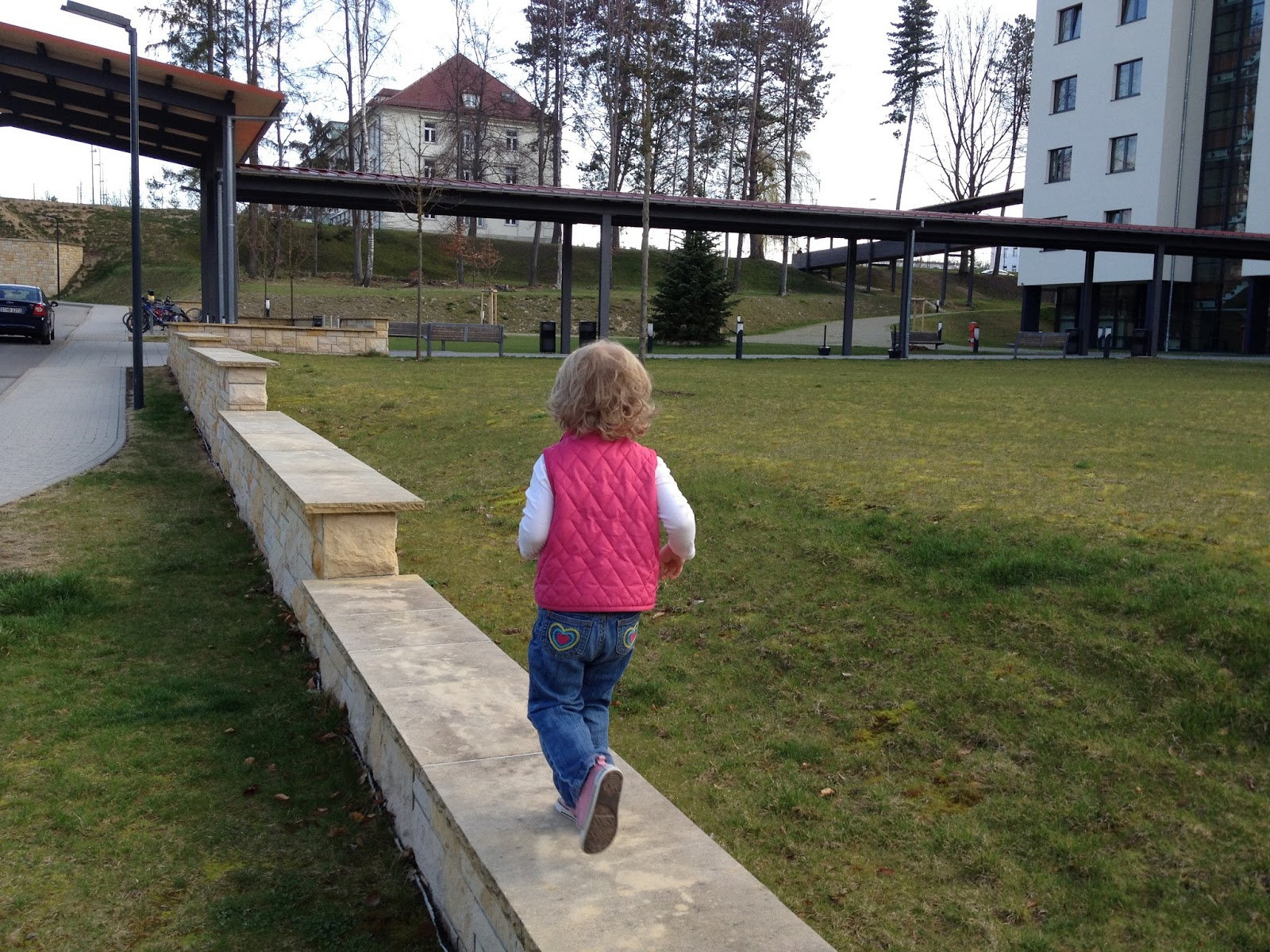 Madelyn and I eat breakfast with a bunch of soldiers or soldiers families in the morning and then head back upstairs.  She will usually watch a show or movie and I will work on stuff related to the move or will write a little bit on a post.  About mid-morning, we usually go outside and Madelyn gets to play on the playground at the hotel or we go on walks around the base.  Then we come back for lunch, nap, and hang out time before Jon gets home.  Then we eat dinner together, fresh from our kitchenette, and go for a walk around base in the evening.

I am really enjoying being home with her and feel like we have fallen into a ‘rhythm,’ at least as much as you can, living in a hotel 🙂