Skip to content
I have to be honest. Jon and I live a really simple life. We rarely fight, keep to ourselves, and try to make 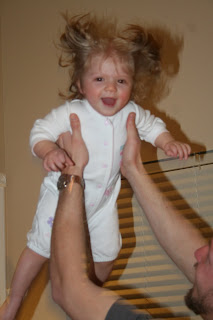 good choices. The results of that life is that we have no drama, enough money to support what we want to do, a healthy relationship, and stable life. And its great! We love it. The down side to that is when little things happen, they seem much bigger than they really need to be.
Take this week for instance. There really wasn’t any one ‘thing’ that made this week a rough week but 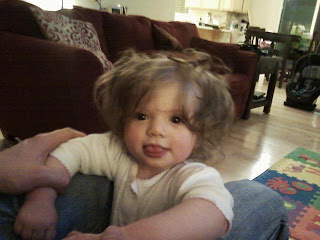 more a series of letdowns and disappointments that made the week seem incredibly long. It all started on Monday first thing in the morning. Here’s the short version 🙂
Monday – Supposed to go to Space Symposium. Mess up by secretary = No Space Symposium
Tuesday – Back door installation. Damaged back door during shipping = No back door 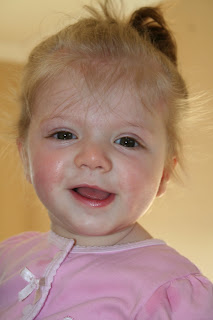 replaced
Wednesday – Stations set up for classes = late night at school getting ready
Thursday – Call from babysitter at school = leaving school early, doctor’s visit, and new meds for Madelyn for ear infection #4 (She just finished meds Monday for ear infections!)
Friday – Restless Madelyn Thursday night = exhausted parents Friday
I’m glad its Saturday 🙂 Madelyn and I went to the gym this morning and had a great time relaxing and working out. Later in the afternoon we met up with one of Jon’s friends from Ascension Island and his girlfriend. We went downtown and walked around and grabbed ice cream at Little Man’s. Madelyn actually got to try some ice cream for the first time. She definately liked it 🙂 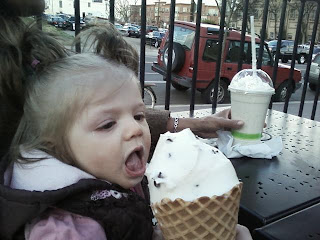 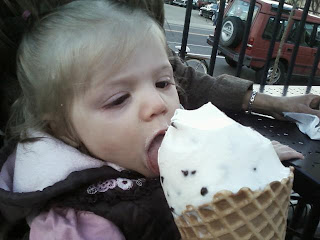 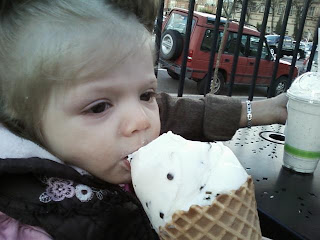 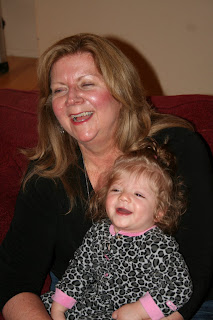 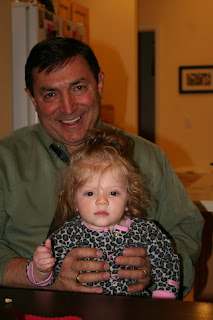 My aunt and uncle from Warrenton came to visit this week as well. My uncle came for work and brought my aunt along so we could see each other. We got to see them Monday and Tuesday in the evenings which was nice. Madelyn always loves having new play buddies 🙂
Fun Kid Story of the Day: My second year teaching was a year of fun kids. They were honestly some of the most personable and funny kids ever. My last class of the day was particularly ‘excitable’. The bell rang at the end of the day and the kids start to get up to leave. This one kid is excited that it was the end of the day and starts doing these karate moves in the classroom. All the other kids are leaving and this kid is ‘fighting’ his way out. I start to walk out of the room… he looked like he was winning ;)… and I hear this weird noise kind of like a ‘thunk’ and then some rattling. I turn around and there stands my kid, shoeless, looking at the ceiling. He had kicked so hard that his shoe flew off his foot, hit the ceiling tiles and knocked them up onto each other. I just calmly picked up his shoe, handed it to him, and turned around. Luckily that was one of 3 times Jon has EVER been to one of my classrooms so I didn’t have to explain to anyone else what happened.