I love being a mom. Every day there is something that reminds me that. Over the past few weeks, Madelyn has developed much 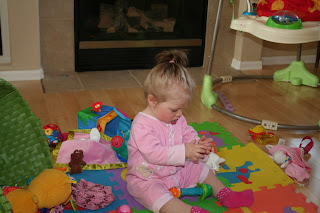 more of a personality and its those little things that I admire and enjoy about my life. For those of you who don’t get to see Madelyn often in person, the one thing you need to know is that she’s a screamer. One of those top of the lungs, nothing held back, I’m-gonna-let-you-know-I’m-here kind of screamers. And she does it all while smiling. She’ll pick up a toy and scream at it. Jump in the jumper, stop, and scream. 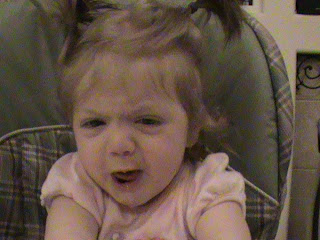 Sit in the high chair, look around, and see how long she can scream before she loses her breath. Part of the fun-ness is the fact that she usually clenches her fists, or toy, while screaming and makes these really fun faces as the scream winds down. You would think she was angry or upset, but no, she’s just a screamer 🙂

With the weather starting to get warmer, we’ve started trying to get outside a bit more. We’ve decided to try to 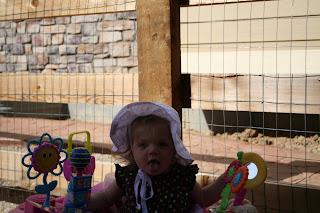 have a small vegetable garden and grow just a few things that we would eat. It will be fun for us as a family to do and given that it is a VERY small space, manageable for us at this point in our lives. Jon started building frames for the garden to help define the garden space. We’re technically supposed to get things ‘approved’ by the HOA, but I’m not really all in to that. I mean, its a garden. I’m not wasting their time, or mine with that type of paperwork. 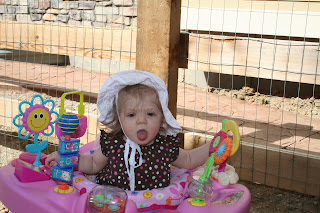 Madelyn got to play outside in what we have affectionately termed ‘The Command Center’. There are so many things for her to do and play with in addition to spinning, its like a little command center. I’m not really sure what the tongue thing is, but a lot of the pictures in the last few weeks involve exposed tongue 🙂 We should start the planting process this weekend as we start to get the yard up to speed. I’ll keep you updated! 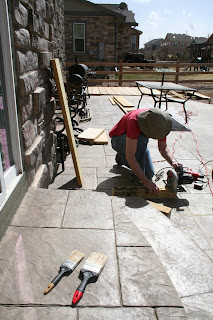 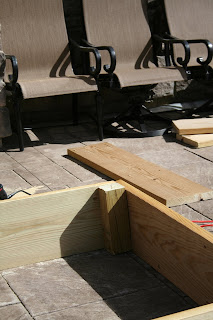 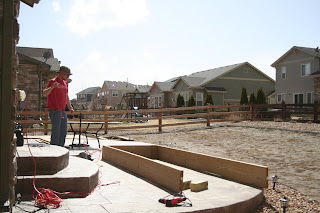 Fun Kid Story of the Day: My kids often ask about Madelyn and so I usually have some sort of story for them about something that has happened recently. Because o 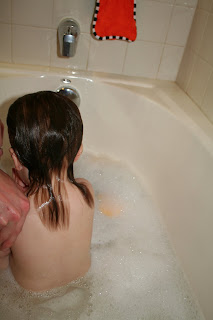 f her long hair. I was telling them about her bath the night before and how her hair was down her back between her shoulder blades. One of the kids asked if she cried when she got her hair washed or took a bath. I said no, and that she liked baths and showers – she just sits in the tub and plays. This kid raises his hand and starts to tell a story about how he was eating pudding once and he had his hamster with him and he got pudding all over his hamster (No, I didn’t ask), and so he took the hamster in the shower with him to get it cleaned off. I just kind of looked at him, confused, and he got a little embarrassed and tried to justify it a little bit, and then ended his story with how we shouldn’t do that because his hamster died from the shower. The room was silent with that weird, awkward pause before I changed the subject.